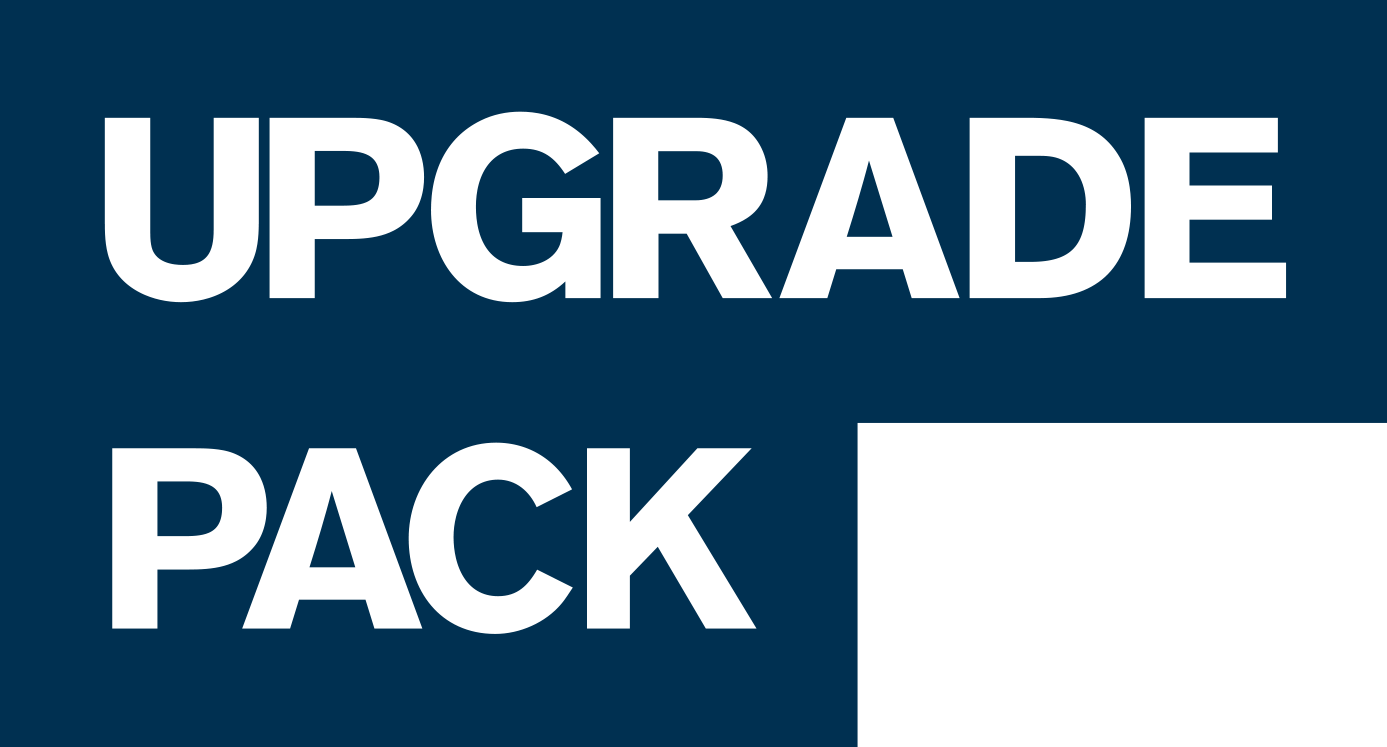 This Sunday is International Women's Day, a global event for acknowledging and celebrating female accomplishments past, present and future, as well as a platform for campaigning for important change when it comes to gender equality. Ahead of March 8th's 119th annual event some of the Upgrade Pack team reveal the women who have, and continue, to inspire them.

"Dame Kelly Holmes' will and determination to overcome almost a decade of injuries, loss of sponsorship, clinical depression and self-harm to become a double gold medallist at Athens 2004 was, and still remains, extremely inspiring to me. As she has since said; '“Your challenges in life are just preparing you to be the best and strongest you possible. Don't be defined by your struggles, but rather by your triumphs.”' (Nick Richardson, Marketing Communications Lead)

"The contribution Zaha Hadid made to the history of architecture is undeniable. An iconic woman who created iconic buildings and cited as 'the queen of the curve', she was also the first woman to receive the Pritzker Architecture Prize, in 2004." (Jovita Stakionyte, UX Designer)

"I love how Es Devlin blends stage design, lighting and dreamscape imagery to transform gigs, events, and museum spaces into places that break the boundaries of what we normally think of as normal. I first heard of her after seeing her collaboration with Kanye West for his tours, and the blend of their artistic styles knocked me for six." (Luis Ouriach, Lead Designer)

"Margaret Atwood is the first modern novelist I fell in love with after reading The Edible Woman as a child. Her use of symbolism ranges from the subtle to the more in your face, and while many of her texts are seen as pro-feminist she won't conform to other peoples' ideals or definitions of it regarding her work. I loved her frankness when quizzed about this again in an interview when she said; “If you mean it's a novel in which women are human beings – with all the variety of character and behavior that implies – and are also interesting and important, and what happens to them is crucial to the theme, structure and plot of the book, then yes (it is).” (Louise Naqvi, Head of PR)

"I love Elizabeth Warren. Fearless, determined and always on top of the detail. For me she's a shining beacon of what our leaders should aspire to be." (James Potter, Growth Marketing Lead)

"Mine is my previous mentor Bobi Robson, former Head of Communities at Wimbletech CIC. She was my first ever manager and taught me everything I know. Bobi used to ask me all the time, "Is this the very best you can do?" and always pushed me to do my best, no matter how small the task was. "Richness is in the details", she would say. This has stayed with me and drives me every day." (Miriam Graglia, Marketing Executive)

"JK Rowling is my hero. As a 90s kid, she shaped my whole childhood. I admire her strength and courage in adversity. Every time I struggle or doubt myself, she’s a reminder for me to try harder, keep doing what I believe in and to stay true to myself." (Julie Ladouceur, Assistance Product Manager)

"My personal female figure for inspiration is Tina Turner, who overcame a tragic relationship, as well as poverty, to rise to stardom in her 40’s, and looked fabulous doing it!" (Charlotte Fincham, Partner Manager, Hotels)

"I love strong female political leaders. I look back on Margaret Thatcher’s time and am convinced that were she a man she’d be remembered with almost Churchillian fervour. I admire Theresa May’s energy to take on the job that nobody wanted. I look at Hillary Clinton’s resilience, Michelle Obama’s strength, and Nancy Pelosi’s grit in awe and with a sense of '“thank goodness someone came to work today.”' I have huge respect for Nicola Sturgeon’s commitment to her beliefs, whilst continuing to govern and deliver for the country as a whole. Despite my personal politics I think Lisa Nandy would make a great Labour leader, yet sense that because she’s not a man – least of all a ‘Sir’ – she may not get the chance. Moving adjacently to the house of Lords, Baroness Lane Fox of Soho CBE (Martha Lane Fox, co-founder of lastminute.com) and Baroness Brady of Knightsbridge CBE (not ‘just’ “Karren Brady from The Apprentice”) have made significant contributions to equality and progression, specifically within male-dominated environments. Personally I believe that if we had a parliamentary and governmental system comprising 50% women our country would be better, more balanced, kinder, stronger, richer, and more competitive. It would also, of course, then represent the population it is there to serve too." (Craig Unsworth, Co-Founder and Group CEO)

"My dear grandma comes to mind. I admired the way our extended family would always gravitate towards her for advice, comfort and a little direction. She was always accessible, never seen to interfere or pry, yet ready and able to listen and offer advice without expectation of anything in return. I had this first hand by way of her unbidden reassurance to me as a single guy that I would "be OK". Later she was on hand to help when renovating a house with my three small boys and later again with a caution that I may need to 'look out' for one of my siblings, who to my untrained eye, seemed to be at the top of his game..." (Alex Bennet, Head of Employee Benefits)

In conversation with... Federica Bertolini - The Fife Arms